We combine a lovely part of Argentina with Brazil and take you from diverse Buenos Aires to Mendoza and its surrounding vineyards with the Andes mountains in the background. We also visit the authentic North around Salta, where we have set out a stunning route for you, which you will drive in your own hire car. We move on to the thundering Iguazu Falls on the border with Brazil and then to the most beautiful city in the world, Rio de Janeiro, where your holiday ends on the city’s fabulous beaches.

In January and February, we might substitute Salta with a different attraction in Argentina or Brazil to avoid the rainy season.

Day 1 - Holiday starts in Buenos Aires
We will collect you from the airport in Buenos Aires, currently one of the world’s trendiest cities. It’s the city of the tango, the (Grand)Mothers of the Plaza de Mayo, football and Evita Peron. It is a city with many districts (barrios), each with its own story and history. An example is the La Boca Italian harbour district, which is just as lively as the alleys of Naples. You’ll be taken to your hotel where you will spend the night.

Day 2 - Day in BA
You’ll go on a great ± 3½ hour bicycle tour through the city during which you will see more than you would by car. We’ll ride across the main squares, visit a number of Barrios like La Boca, San Telmo, the Puerto Madero harbour or – instead – the northern districts of Palermo and Recoleta.

Day 3 - Day in BA
Today, you can visit one of the lovely districts that you didn’t explore with the guide yesterday. In the evening, you‘ll attend a tango show, learn about the history of the tango and enjoy the melancholy music. You will enjoy dinner during the show and you’ll have the opportunity to participate in a tango lesson. At the end of the evening, you will be returned to the hotel when it suits you.

Day 4 - Day in BA
A day on which you may do whatever you like. As an optional excursion, you could visit the Tigre Delta, which is less than 30 km from central BA. This is the leisure capital of the Portenos, where the Rio Parana runs into the Rio de la Plata and forms a delta with a lush and virtually tropical natural environment surrounding nearly 300 winding rivers and tributaries containing thousands of idyllic islands. Here, you can go sailing, canoeing, surfing, water-skiing or enjoy boat cruises.

Day 5 - To Mendoza
We will take you to the airport for your flight to Mendoza, where you’ll be collected upon arrival.

Day 6 - Mendoza
In Mendoza, you could book a (long) daytrip to Alta Montana as an optional extra. Once outside the city, you will pass through picturesque villages until you reach the Potrerillos dam with its magnificent lookout point. You’ll travel through the Upsallata valley right to historic site of Picheuta. The route continues through the Andes towards the Chilean border and passes spots such as Puente del Inca and the Aconcagua National Park with a sublime view of the highest mountain in the southern hemisphere (at almost 7.000 m). You’ll spend the night in Mendoza again.

Day 7 - Day in Mendoza
Today, you can explore Mendoza at your leisure, and we’ll take you to the catch the comfortable overnight coach to Salta in the evening. This drive takes ± 18 hours, but the coach is very comfortable and the seats recline to an almost flat position. This means that you will spend the night on the coach.

Day 8 - Arrival in Salta
In Salta, you will make your own way from the coach station to your hotel. Salta – also known as ‘Salta la Linda’ – is one of the few cities in Argentina that has retained buildings from the colonial period. In the past, the city was a significant trading centre and stopover between Peru and the rest of Argentina. It has a rich history and a relaxed and welcoming atmosphere. Salta is also the ideal base from which to go on beautiful and exciting excursions in the area.

Day 9 - By car to Cachi (± 157 km)
Today, you will drive your hire car towards Cachi on an unforgettable trip. Cachi is a magical Andes village with cobblestone streets and colonial houses located in a stunning mountainous area with the white peaks of the Andes in the background. You’ll spend the night in Cachi.

Day 10 - Drive to Cafayate
Today, you will drive to Cafayate on another extraordinary trip. You’ll see strangely-shaped canyons in diverse colours ranging from greyish-green to reddish-orange. On the way here, you won’t pass any towns, houses, cars, trees or shrubs. All you’ll see are large rock formations under a bright blue sky. The landscape then gradually changes into lovely vineyards as you approach Cafayate. This town is mainly known for its Spanish colonial style and its wines. It is also an ideal base from which to embark on great trips in the area. You will spend the night in Cafayate.

Day 11 - Day in Cafayate
Your day to do whatever you like in Cafayate. You could look around the bodega of the hotel or could visit various bodegas by bicycle. You’ll spend the night in Cafayate again.

Day 13 - Optional Safari to the Clouds (only available on Wednesdays, Fridays and Saturdays)
Optional tour: You will have to be up early for a sensational excursion, the Safari to the Clouds, done in a large truck! The roof can be opened during the drive to allow you to take in the spectacular view, while the fresh air will also prevent altitude sickness. This excursion combines 3 different routes in northwest Argentina into a single day. The first route follows the course of the well-known Railway to the Clouds to San Antonio de los Cobres. The second route travels to the Jujuy salt flats. The third route descends into the picturesque town of Purmamarca, which is located at the foot of the famous Hill of the Seven Colours. At the end of this long, yet incredible day, you will again spend the night in Salta.

Day 14 - Day in Salta
Today, you can explore the colonial centre of Salta at your leisure and relive the nostalgia of the past.

Day 15 - Flight to Iguazu
We will take you to Salta airport for your flight to Iguazu in the far north, where Argentina, Brazil and Paraguay meet. The spectacular falls here have hundreds of large and small branches that plummet from a great height, resulting in a fantastic and deafening spectacle. Various paths and bridges lead to the falls. From some, you have a view from below, while the view is from above from others.

Day 16 - The Iguazu Falls
You will go on a tour to the Argentine side of the waterfall, where you’ll be in the heart of the nature reserve surrounded by tropical plants and flowers. Crossing walkways, you’ll arrive at the greatest phenomenon of the falls, La Garganta del Diablo, or the throat of the devil. You could also go on the exciting ‘Gran Aventura’ excursion as an optional extra and be driven through the jungle by truck, after which you will board a speedboat. You’ll then cruise along the falls against the current and even through them! A spare set of dry clothes might come in handy…

Day 17 - The Brazilian side of Iguazu
From the Brazilian side of the falls, the view of the Argentine falls is at its very best. Various trails run along a cliff and lead into the jungle, taking you to the waterfall. You’ll spend the night in Iguazu again.

Day 19 - Day in Rio
Today, you could choose to go on a 4x4 excursion to the Jesus statue and the Santa Teresa district as an optional extra. If you choose this excursion, you’ll be collected from your hotel and taken to Corcovado by 4x4 to visit the famous statue of Christ and take in the phenomenal view over the entire Rio de Janeiro. Then, you’ll travel to the Santa Teresa district in the 4x4 and be returned to your hotel at the end of the afternoon.

Day 20 - Day in Rio
Today, you can do whatever you like in bustling Rio de Janeiro. You could relax on the beach at Copacabana or Ipanema, hire bicycles and cycle around the lagoon or hang-glide over the city and land on the beach…

The Argentina Brazil holiday includes:
- Flight from Buenos Aires to Mendoza
- Flight from Salta to Iguazu
- 20 nights of accommodation in shared rooms including breakfast
- Transfers to and from the airport(s) and the coach station
- All excursions mentioned
- English-speaking tour guide during excursions
- Overnight coach from Mendoza to Salta
- English-speaking contact during your holiday 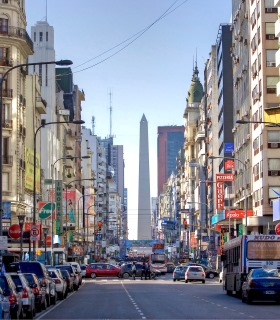 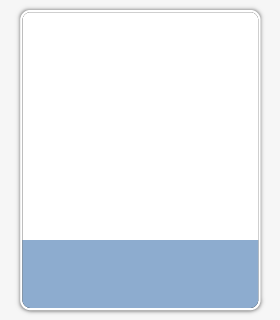 flourishing grapevines with the Andes in the background 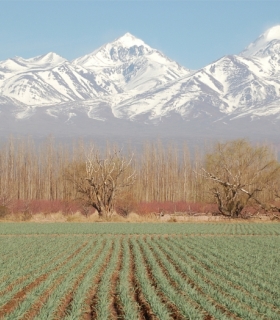 situated at an elevation of 1.100 m at the foot of the Andes Mountains 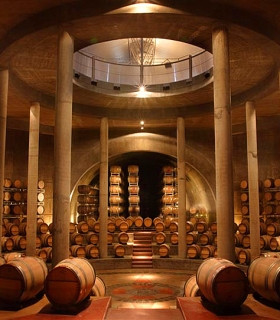 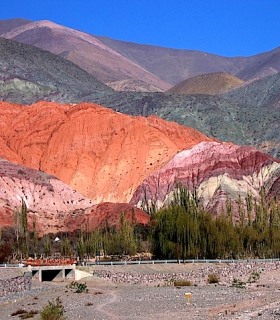 The salt flats above Salta 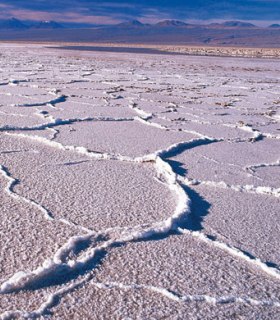 impressive landscape along the route 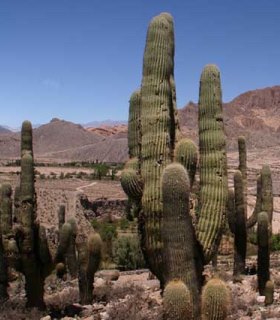 where Argentina, Brazil and Paraguay meet 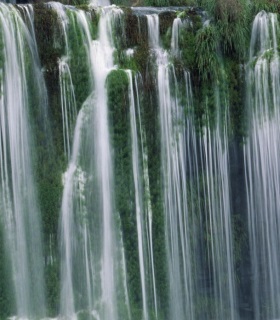 undoubtedly the most beautiful city in the world 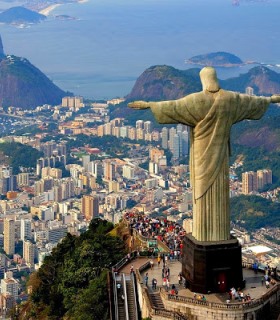 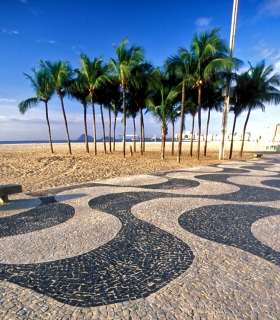 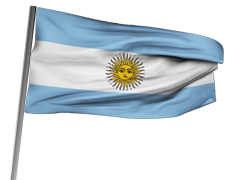